Travelling to Places with a View over the Ends of the Worlds. Open Gallery at Muzeum Sztuki / 03: Jan Baszak and Wiktoria Walendzik

The project by Jan Baszak and Wiktoria Walendzik, Gently, calmly enjoying the present moment is the third installment of the series Travelling to Places with a View over the Ends of the Worlds. Open Gallery at Muzeum Sztuki.

The installation is a kind of "dog catwalk" or "a postcard from dog" designed in response to the pandemic reality - gloomy, depressive, and discouraging from any action. Due to its restrictions, Jan Baszak and Wiktoria Walendzik, who had been friends cooperating in the field of art for years, were unable to meet in one place in order to work together on the previously planned project. In order to express the emotions connected with the situation they had found themselves in, and also the mutual longing for each other, the artists decided to send in the sculptures of dogs they had created: beings full of faith, hope and love who accompany people during their home confinement. Placed in a glass exhibition space, animals can thus play the role of avatars, thanks to which people maintain a symbolic closeness, overcoming the constraints imposed by the outside world. However, they can also bring to mind the image of the future without human beings, the post-apocalyptic and post-human times - the type of biological life that will be reborn and manifest its vitality in the spaces of the planet free from human presence. Thus, in the apparently optimistic, sentimental and therapeutic message of the work, we can sense a note of depression, anarchist-nihilistic "no future!" slogan and the willingness to run away from what is happening alongside of what else there is to come.

The exhibition, intended for people and dogs, can be viewed from the street, through the glass, in the arcades of the ms1 building.

Wiktoria Walendzik (born 1994 in Łódź) deals with installation, sculpture and drawing. A graduate of Art of Media at Akademia Sztuki in Szczecin (the Szczecin Art Academy). Finalist of the Gray House Foundation competitions, Project Room 2019 of the Ujazdowski Castle Centre for Contemporary Art and Hestia Artistic Journey. Participant of individual and collective exhibitions which took place, among others at Gdańsk City Gallery, BWA Warszawa, SZARA Contemporary Art Gallery in Katowice, the Polish Institute in Berlin.

Jan Baszak (born 1994) lives and works in Szczecin. He deals mainly with drawing, sculpture and installation. Baszak is interested in fake design, tedious digging, choreography of everyday life imposed by architecture and making copies. He is a member of the "Młode Suki" collective (Iga Świeściak, Grażyna Monika Olszewska), with whom he performs, dances, sings and sews. From 2020, Baszak is an assistant to Artur Malewski in the Department of Sculpture and Spatial Activities at Akademia Sztuki in Szczecin (the Szczecin Art Academy).

Travelling to Places with a View over the Ends of the Worlds. Open Gallery at Muzeum Sztuki is a series of events taking place at ms1 from October 2020 to January 2021. Its organizer is Open Gallery (Galeria Czynna), co-created by Łukasz Ogórek, Marcin Polak and Tomasz Załuski, characterized by the fact that it does not have its home seat, and locates its events in unusual, non-gallery spaces, such as vacant rooms of former shops, a closed off swimming pool, a post-factory hall, a gay bar, an open-air market or a hotel restaurant. Young artists, debuting or at an early stage of their artistic careers, whose works are displayed by the Gallery usually make these unusual locations an element of their activities. This time, they will have at their disposal the glazed space of ms1, called by the employees of the museum "the aquarium". Its windows overlook directly Gdańska Street, thanks to which the presented projects can be viewed both from the inside of “aquarium” and from the street, through the shop window-like glass.

The leitmotif of the series is the numerous and ambiguous "ends of the world", haunting our collective imagination today with increased force. They can mean the end of a certain world - "the world as we know it", but also the end of the human world. It can be the end as a time limit, but also a spatial one. It can be the end as a catastrophe, evolution, transformation - or a wait for the beginning of something new. The end of the world may be referring to the pandemic, the associated with it temporary slowdown of the global economic machinery ("the world has stopped") or vain hopes resulting in realization that a return to the old neoliberal world will no longer be possible. It may also present the images of the “evil side of Nature, which decides to get back on Man”. "The end of the world” could also represent an inevitable progressive ecological catastrophe, the specter of irreversible climate changes on Earth. It stimulates visions of the post-human world, referring both to post-apocalyptic poetics and to the undefined symbiosis of Man and empowered Nature. However, it can also generate futurological fantasies of duration, acceleration and further expansion of capitalist logic beyond earthly, geographic and biological limits - after all, it is easier to imagine the end of the world (human or earthly) than the end of (the world of) capitalism. So perhaps all these ends of the world and the images associated with them mask the lack of a different vision - our inability to imagine the end of the world ruled by economic inequality, social injustice, and the constant plundering of Nature. However, there is still a chance that somewhere at the edge of this world, something will happen; something that will bring a radical renewal of socio-political visions and that will usher in a completely different, unimaginable so far world.

What prospects for the future, as well as the present and the past, will be offered by the venues established under the project? It will be decided by the artists participating in the project: Kuba Stępień (Łódź), Aleksandra Sarna (Łódź), Wiktoria Walendzik (Szczecin) and Jan Baszak (Szczecin).

Schedule of the project editions: 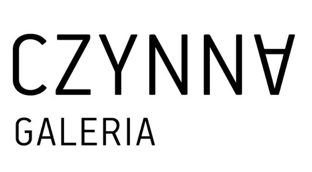 Travelling to Places with a View over the Ends of the Worlds. Open Gallery at Muzeum Sztuki / 01: Kuba Stępień

Travelling to Places with a View over the Ends of the Worlds. Open Gallery at Muzeum Sztuki / 02: Alek Sarna