Jasmina Cibic staged the gallery of the former palace of industrialist into a play about solidarity in the face of crisis and the art of manipulation told through film, photography, sculpture and sound.

What do the Palace of Nations in Geneva, the Stalinist skyscraper in the Polish capital and the nationalized residence of manufacturer in Łódź have in common? Who has the authority to reunite a divided society: an architect, a politician, or an artist? How is "national aesthetics" formed? What does the gesture of gifting involve? These are the questions that Jasmina Cibic, a visual artist preoccupied with the themes of instrumentalised culture, put forward in her latest project.

The starting point for the exhibition was the film titled "The Gift". Using allegory, Cibic tests the concept according to which culture can be used to counteract social polarization. The project presents three finalists of the competition for a perfect gift for a divided nation: An Engineer, a Diplomat and an Artist. Each finalist brings a different approach to establishing a relationship and reinstating communication between feuding citizens. All the scenes were shot in buildings representing paramount case studies of political gifts in Europe in the 20th Century; the headquarters of the French Communist Party in Paris (a gift from the architect Oscar Niemeyer), the Palace of Nations (created from donations by the members of the League of Nations) and the Palace of Culture and Science in Warsaw (Stalin's present to the Republic of Poland). They house institutions established in the service of society, to ensure world peace, and to enhance education and culture. The latter was also performed by Muzeum Sztuki in Łódź, located at the Palace of Maurycy Poznański, where Cibic's film was screened.

The film's locations chosen by the artist are more than just a setting for the plot. The buildings portrayed in "The Gift" were erected at a time when Europe experienced several economic and humanitarian calamities, from the interwar period, through the times of rebuild from ruins after the Second World War, to the turbulent times of the 1980s. Cibic is particularly interested in specific kinds of symbols, i.e., symbols referring to transnational alliances, raised in the name of common interests or ideologies that have not necessarily stood the test of time. The architecture immortalized in "The Gift" observes and analyses the ways of shaping the national style using culture as a political tool.

The narrative of "The Palace" was not limited to architectural references: in the enfilade of the palace rooms, other references of gifts were also collected and presented as proof of faith in common ideals. Among them, there were photographic portraits of roses bred as a tribute to politicians who fought against fascism, and of relay batons gifted to the leader of the Yugoslav federation during the annual celebration with purpose of uniting the citizens of all the republics. Moreover, the exhibition showed for the first time a photographic portrait of the International Collection of Modern Art. A generous gift from European artists donated in the response to the appeal of the "a.r." group, then entrusted to care of Muzeum Sztuki in Łódź.

This project displayed echoes of alternative economies based on generosity and solidarity, yet it also included some historical examples of failure of instrumentalization of culture. Among the latter, perhaps the most 'picturesque' fiasco we can observe is the competition for the flag of the League of Nations, a transnational institution aimed at inter alia, providing care for the weaker, supporting reconstruction and economic development, or scientific exchange. In the end, no design was adapted out of fear that favouring some emblems or symbols over others could jeopardize the cohesion of the organisation. It is perhaps such failed attempts of implementing "soft power" strategies which can make us rethink the potential of culture’s resilience to colonisation by political powers.

Jasmina Cibic (born in 1979) works in film, sculpture, installation and performance. In her works, she explores the concept of the so-called "soft power" by studying how political ideas are implemented through application of art and architecture. She analyses the ways in which cultural production is used by the state to communicate its aspirations and preferred axiologies.

Always departing from archival research, the artist combines historical ready-mades into new performative narratives. By scripting, quoting, and re-enacting, she draws attention to the similarities between stagecraft and statecraft. She seems to be playing a double game: on one hand, she decodes the mechanisms of power, and on the other, she builds her own allegorical structures.

Trying to unravel the complicated links between art, gender issues and state power, Cibic encourages viewers to reflect on the strategies used in building a national culture. This subject is particularly relevant today, when national identity is undergoing transformations and nationalism is on the rise.

"The Palace" was part of the series of Cibic's solo exhibitions dealing with the subject of the gift economy and soft power that have so far been held as part of the steirischer herbst festival in Graz, as well as at the Cooper Gallery DJCAD, University of Dundee and the Museum of Contemporary Art Metelkova Ljubljana. After the exhibition at Muzeum Sztuki in Łódź, the subsequent edition of the project will take place at macLYON with Cibic's solo exhibition Stagecraft: Une mise en scène de pouvoir, curated by Matthieu Lelièvre.

Tell us what you think! Fill the visitors survey HERE

The Honorary Patronage of the National Institute of Architecture and Urban Planning:

The partner of the performative program was the Grażyna and Kiejstut Bacewicz University of Music in Łódź: 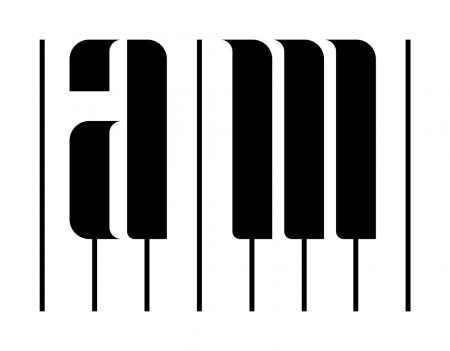 All that power melts into noise – performances for the opening of the "Jasmina Cibic. The Palace" exhibition