In August 1981, Joseph Beuys with his family came to Łódź bringing with himself a unique gift…He donated over 700 of his works to the Muzeum Sztuki in Łódź. That event, which he called "Polentransport 1981", was an echo of a gesture that Władysław Strzemiński had made precisely 50 years earlier, when he had donated a collection of works of the most outstanding artists representing the world’s avant-garde, today known as the International Collection of Modern Art of the "a.r." group, to a just emerging new public institution. Beuys's project was also an expression of support for the "Solidarity" movement which was just being formed in Poland and which the artist perceived as the realization of his own concept of "​​social sculpture". The photographic documentation of Beuys's visit to Łódź is currently presented at an exhibition co-organized by the Polish Institute in Düsseldorf and Muzeum Sztuki in Łódź titled  "DIE ÖKONOMIE DES SCHENKENS: Joseph Beuys, Polentransport 1981" ("The Economy of Giving: Joseph Beuys, Transport to Poland 1981"). The curator of the exhibition is Maciej Cholewiński from the Department of Scientific Documentation of Muzeum Sztuki in Łódź.

Excerpt of the curator's text:

Describing the events in terms and categories used by Joseph Beuys: Poles in the years 1980-1981 created a gigantic "social sculpture" composed of ten million elements, ‘anti-socialist elements’, as the communist regime propaganda used to label them. It was "Solidarity", the first trade union independent of totalitarian power in a land located somewhere roughly between Eisenach in the German Democratic Republic and Vladivostok in the Union of Soviet Socialist Republics. And, of course, in numerous places around the world - in China, North Korea or Cambodia…

The emergence of the "Solidarity Union" was for Beuys not only a visible sign of the collapse of the communist dictatorship, but also a harbinger of the changes to come and  a new reality. This union, created mainly by blue collar workers, was the embodiment of yet another way, the third way, that was seeking a compromise, trying to overcome communism, but preserving social benefits, with a strong foundation on a sense of community and tradition. The activity of "Solidarity" appeared as an ideal example of a "social sculpture" invented by the artist, in which the material was human actions influencing the way of functioning, i.e. the shape of the human community.

In August 1981, Joseph Beuys came to Łódź with his family, carrying in a wooden box fixed to  the roof of his camper a heavy gift; the gift of over seven hundred drawings, objects, archival materials and documentation of his previous activities, which were later supplemented  by a series of 13 drawings - notes from the very event of handing over of the gift.

The artist called this event "Polentransport 1981". It alluded to the history of the Muzeum Sztuki in Łódź, which was established in 1930 and which from the very beginning emphasized its strong links and relationship with the avant-garde art. The core of its collections turned out to be the International Collection of Modern Art by the  "a.r." group, officially donated to the Muzeum Sztuki in Łódź on February 15, 1931.

Until the outbreak of World War II, over a hundred works by international avant-garde artists, such as Jean Arp, Alexander Calder, Sonia Delaunay, Max Ernst, Fernand Léger, Pablo Picasso, Kurt Schwitters, Marcel Seuphor, Piet Mondrian or Georges Vantongerloo had been collected by the Muzeum Sztuki in Łódź. All of them were donations.

The gift by Joseph Beuys of August 1981 is an important element in  the 20th and 21st century modern art collection at the Muzeum Sztuki in Łódź. It fits perfectly into the history and philosophy of the institution, the activity of which had began with ... a gift. This gesture, repeated later by various artists and collectors, was to change the face of the city by bringing in not only ideas, images, but also   free expression of thoughts.

The event is organized in cooperation with 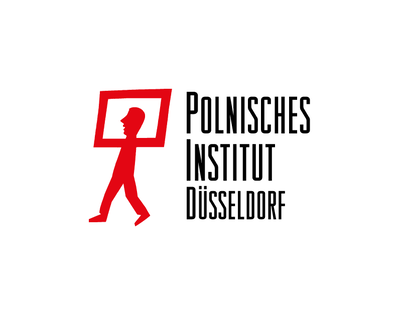 Polish Institute in Düsseldorf and Muzeum Sztuki in Łódź

Polish Institute in Düsseldorf and Muzeum Sztuki in Łódź